Despite the absence of a movie theatre, Luang Prabang is about to host its sixth annual film festival, coinciding with an array of cultural celebrations for an altogether extraordinary five days in this UNESCO World Heritage town.

From December 5 – 9, the Luang Prabang Film Festival (LPFF) will be taking place as part of a celebration of local arts and culture. Daytime screenings will take place in the Sofitel Hotel in its Kaipen Room, a refurbished century-old traditional Lao wooden house on the hotel grounds. In addition to more than 20 feature film screenings, this five-day event will present three major public discussions, multiple short films, and a collection of 21 videos and three animated films featuring ethnic minority women in Laos telling traditional folktales, and the festival’s new ‘Spotlight’ programme, which will devote a full day to Cambodian films – including “The Last Reel,” Cambodia’s submission to next year’s Academy Awards. 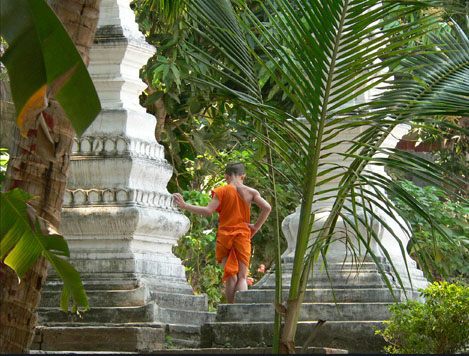 The films were selected by filmmakers and critics from across Southeast Asia and represent a carefully chosen collection of what they believe to be the finest contemporary films from their respective countries. At the same time, the LPFF has evolved to become an invaluable forum for regional film professionals to network internationally and exchange their diverse ideas and experiences. This year’s festival coincides with the celebrations of the 20th anniversary of Luang Prabang’s designation as a UNESCO World Heritage site, and the week marks the arrival of the eagerly awaited Elephant Caravan, a convoy of 20 elephants marching to bring attention to the plight of elephants in Laos and throughout Asia. All screenings and activities at the festival are free and open to the public.

I took this photo of an officer from India’s border security forces at the Wagha border crossing… but for a better look at the hysterical flag-lowering ceremony that takes place every day at sunset at this border crossing, check out this link…

Happily the long awaited news that visas for visiting India can now be obtained online has finally been announced. And while online visas can now be obtained for visitors from 45 countries, including those holding American passports, unfortunately Canada is not on the list. So great news for Americans, while Canadians must hope that we will be added in phase 2 of the online visa processing roll-out…

The Ministry of Foreign Affairs and International Cooperation of Cambodia announced late last week changes to visa fees beginning 1 October 2014, with the new price of a Tourist Visa increasing to $30 USD. As in the past, this visa may still be obtained upon your arrival at the airport in either Siem Reap or Phnom Penh.

Beginning the 2nd week of September 2014 and continuing through February 2015, the fabulous Shwedagon Pagoda in Yangon will be undergoing renovations. Although the pagoda will remain open for sightseeing, as of the middle of October it will be fully covered by scaffolding. 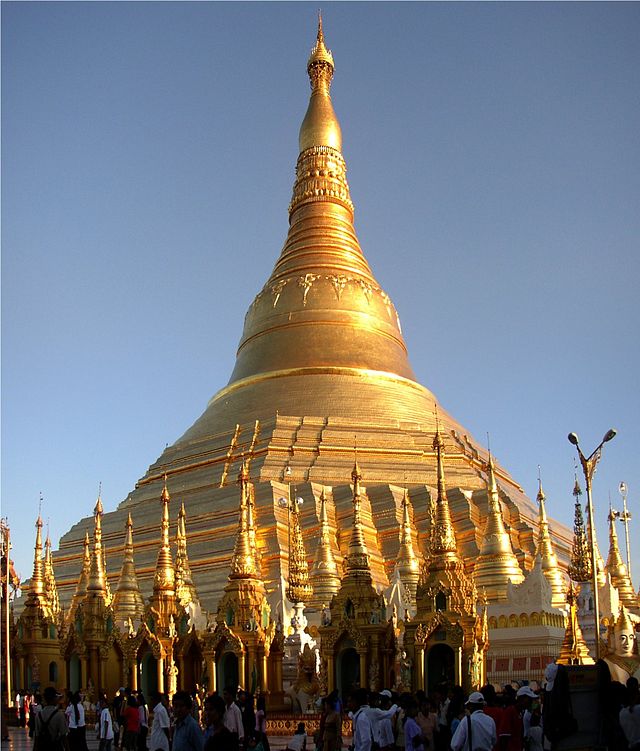 The gilded pagoda and stupa are 99 metres (325 ft) in height and is situated on a hill, just west of Kandawgyi Lake and dominate the skyline of Yangon. It is a ‘not to be missed’ site for visitors to Myanmar, and is the most sacred Buddhist pagoda for the Burmese with relics of four past Buddhas enshrined within: the staff of Kakusandha, the water filter of Koṇāgamana, a piece of the robe of Kassapa and eight strands of hair from Gautama.

The amazing Song Saa Private Island sits in Cambodia’s Koh Rong Archipelago, which is made up of mostly uninhabited islands – oases of virgin rainforests, coral reefs and pure white beaches. The resort helped create a marine preserve surrounding it’s two islands to protect the marine life including turtles, seahorses and exotic species of tropical fish. Cambodia’s first private-island resort, Song Saa’s guests enjoy “always included” pricing and can choose from 27 Over-Water, Jungle and Ocean-View villas designed around the theme of a Cambodian fishing village, but with all the luxuries and modern conveniences of a world-class resort.

Bolivian President Evo Morales inaugurated the first segment of the world’s highest cable railway line on Friday, carrying passengers from city to city at up to 4000 metres above sea level.

The cable line connects the capital La Paz with the nearby city of El Alto, through the high Andes mountains, offering stunning views of the snow-capped Illimani, one of Bolivia’s highest peaks. Constructed by the Austrian company Doppelmayr for US$234 million (A$251.30 million), the line allows passengers to travel between the two cities in less than 10 minutes, compared to more than 30 minutes by road. “It is a joy that this cable car line is finished,” Morales cheered during the inauguration ceremony in La Paz. “It’s important work for the residents of La Paz.”

La Paz is the highest capital in the world, at an altitude of 3660 metres. After the ceremony, long lines of people waited in the terminals at both ends, eager for their first experience in the cable car. A “speechless” Jorge Villena was one of the first passengers. “It’s awesome: the quiet, the view, the Illimani. It’s perfect,” the 25-year-old bank employee.

The cable car line will ultimately travel nearly 10 kilometres. After the first installment – which stretches about 2.6 kilometres – a second segment of 7.3 kilometres is due to be inaugurated by the end of the year. La Paz and El Alto, an urban conglomerate of more than 1.6 million people “are among the first 10 cities in the world with an inter-city transport system by cable,” said Jorge Dockweiler, director of the state-run Mi Teleferico company.

Cars will run 17 hours a day, 360 days a year and can transport up to 18,000 people an hour, according to official projections. A ticket goes for three bolivianos (A$0.46), and each car can carry up to 10 passengers. The only other cable car system in Bolivia is in the city of Cochabamba, in the center of the country, and is designed for tourists.

In a surprise move, Thailand’s military has enacted martial law, but insists that this is not a coup, but is rather being done in order to ensure continued stability within the country.

Following many months of political unrest in Bangkok, the Thai army has apparently had enough, and had declared martial law throughout the country as a preemptive measure to ensure law and order is maintained. With both pro–government and anti–government protests ongoing, this measure allows the army greater reach to ensure the safety of the public.

The military merely asked for calm, something that has been elusive for Thailand after numerous anti-government marches intended to “shut down” the capital. “We ask all sides to come and talk to find a way out for the country,” General Prayuth Chan-ocha, the army’s chief general, said.

Since first allowing elections in 1937, Thailand has seen 11 military coups — it is now perhaps in the midst of a 12th — and a series of constitutions drafted by opponents attempting to cement their hold on power. The latest round of political unrest dates back to the 2001 election of billionaire Thaksin Shinawatra, who successfully appealed to the country’s northern rural base to sweep him to power. Mr. Thaksin and his acolytes have won commanding election victories ever since. That has prompted the urban elite, who had for many years governed the country, to make repeated attempts to regain control, including through loud whistle-blowing marches that have taken place since last fall. They argue that Mr. Thaksin has polluted the country’s politics through mass vote-buying schemes. The billionaire has been convicted of corruption and now lives in self-exile.

The military effectively has two choices, Kan Yuenyong, director of Bangkok think-tank Siam Intelligence Unit, wrote on Tuesday. Either it can install a government, which he called the “worse” option that risks stirring “insurgency nationwide.” Or it can push forward an election, which will mean navigating the stormy waters between Mr. Thaksin and his opponents, who want lengthy reforms before any new ballots are cast

After a nine-month-long wait and legal hurdles, the new airline AirAsia India has just been granted its license to operate flights in India with it’s official launch for low cost flights within the country planned for three months from now. 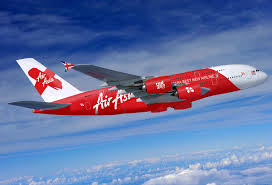 “We have granted the Air Operator’s Permit (AOP or flying licence) to AirAsia India, subject to the final decision of the High Court and that is, under the directions of the Supreme Court,” DGCA chief Prabhat Kumar told PTI here.  The airline’s parent company, Malaysian carrier AirAsia’s CEO Tony Fernandes tweeted: “History has been made today in Aviation. Everything has been hard for Airasia but we never give up. Today Airasia India has got APPROVAL.”

AirAsia India, whose top officials have promised to offer low and competitive airfares, would have Chennai as its hub and would focus on connecting Tier-II cities to begin with, including Trichy, Kochi and Kolkata.

As the situation in Bangkok has vastly improved and continues to remain calm and generally peaceful, the caretaker government have announced today to end the State of Emergency in Bangkok and the vicinities and will be downgraded to the Internal Security Act (ISA) from Wednesday 19 March. The ISA is still needed to maintain law and order during the senate election on 30 March and the reruns of the general election, expected in April.

The removal of the state of emergency reflects on the overall situation within the capitol and the surrounding provinces which is one of calm and normalcy as Bangkok now functions at a normal level and people go about their daily routines as normal and with no hindrance.

While the above information is good news and a step in the right direction, we must still be cautious due to the fact that two protest sites still remain active: Lumpini (Silom) and Pan Fah Bridge. We expect that these protest sites will remain peaceful, but again we strongly advise that visitors should still avoid any areas of demonstrations, especially in the evening, as sporadic incidents and out breaks of violence may occur without warning. 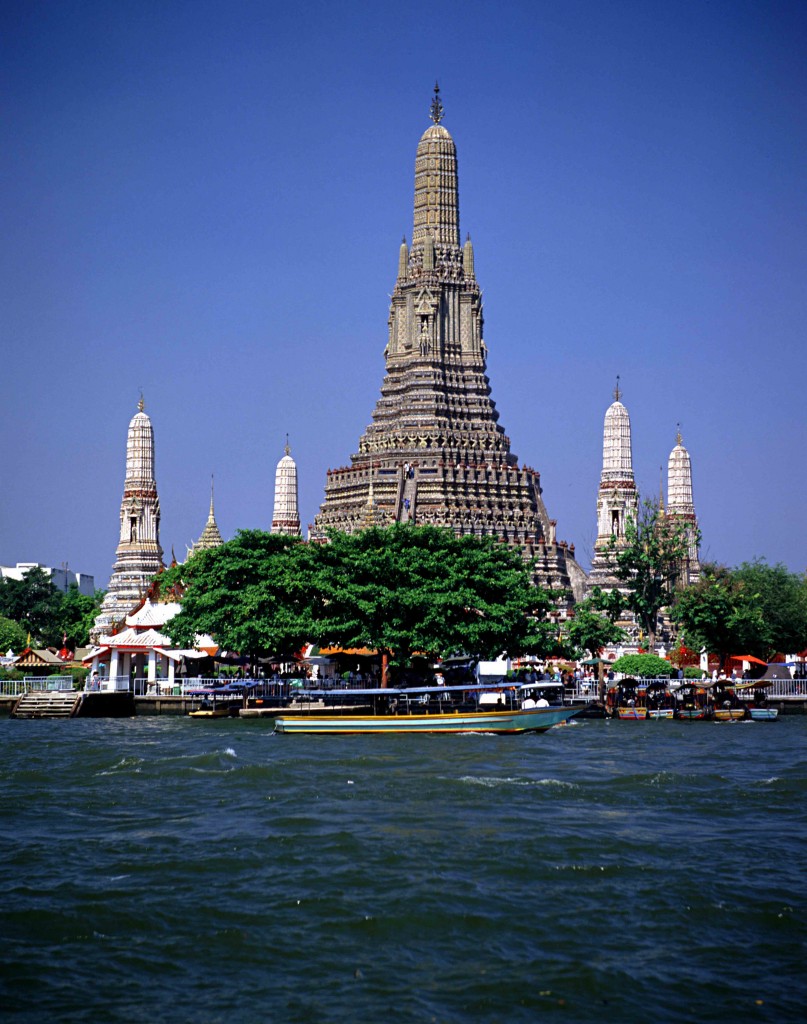 All areas outside Bangkok and other tourist destinations within Thailand such as Phuket, Samui, Hua Hin, Pattaya and Chiang Mai remain fully operational and are not overly affected by the demonstrations. We also wish to make clear that these out-of-Bangkok destinations fall outside the jurisdiction of this State of Emergency.